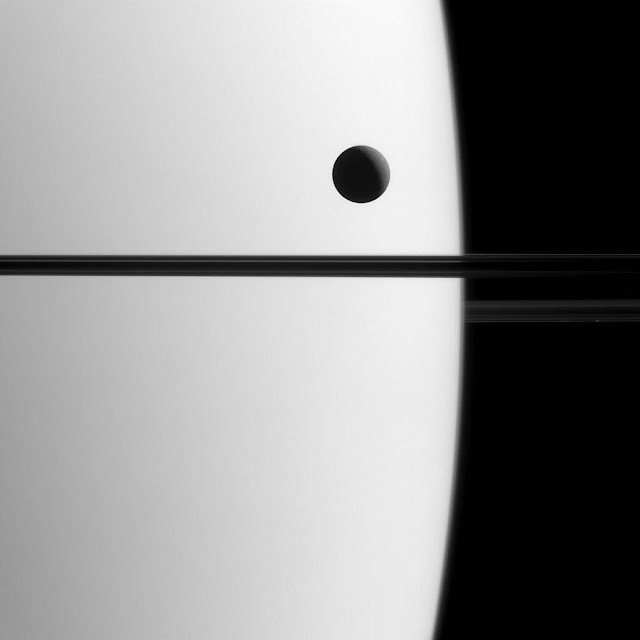 Saturn has many, varied moons
– over 60 have been discovered so far.
One of the larger ones, Dione, is shown here in this image from the Cassini orbiter, pictured as it moved across the face of its parent planet.

Dione orbits Saturn at around 377 400 km, roughly the same distance as that between Earth and the Moon. It has a diameter of around a third that of the Moon, and is just under 1.5 times as dense as liquid water. While the moon is thought to be mostly water ice, this higher density indicates that it must have a core of dense material – most likely silicates, the same kind of rock that makes up Earth’s mantle.

In this image, Dione is seen passing across the face of Saturn, a phenomenon known as a transit. The dark line cutting across the middle of the frame marks Saturn’s rings – these are not illuminated from this perspective, which was about 0.3º below the ring plane.... 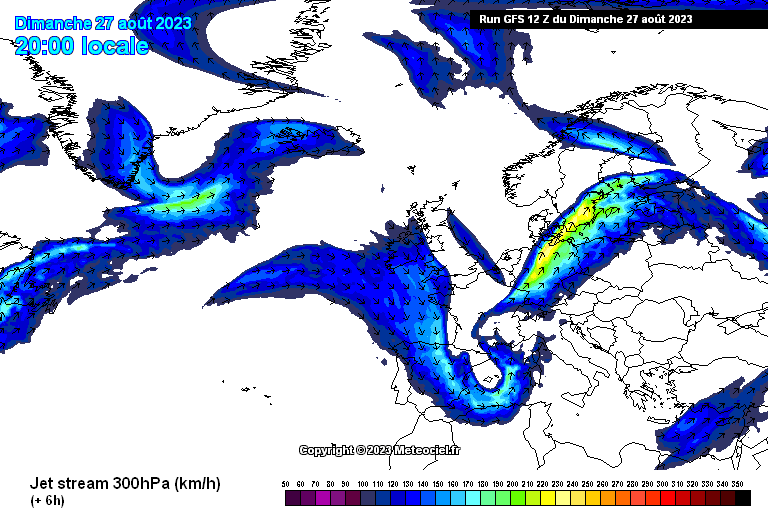